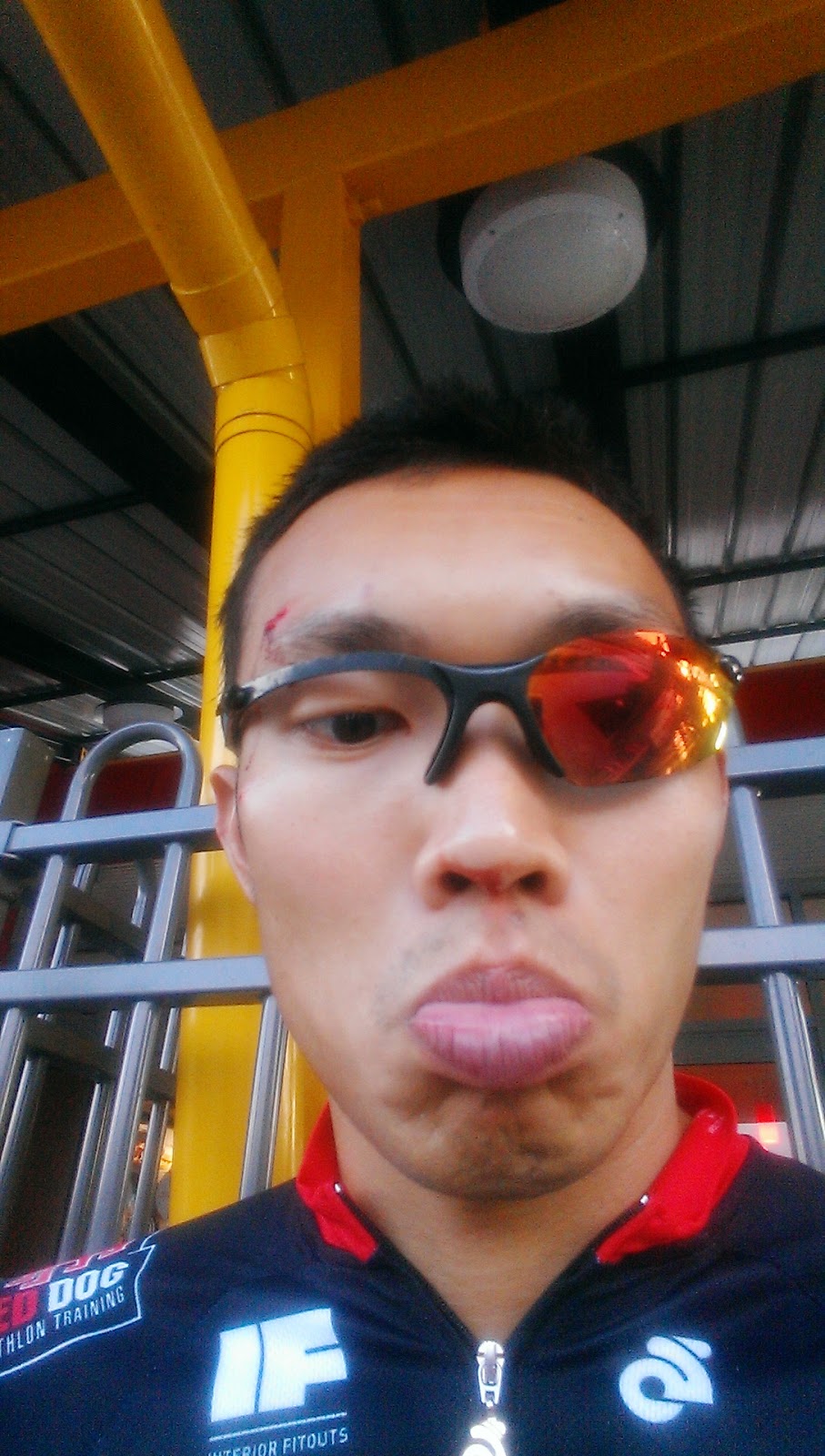 I guess the picture says it all. It's been about 3 weeks since I've last joined the Saturday group rides. It has been raining the past few Saturdays and I have been swapping my long rides to Sundays.

Anyway, I thought it would be nice to ride with the group again. I even wore my new Red Dog kit for the first time. There was some light drizzle in the morning and some stretches of the roads were quite wet.

My front wheel slipped as we crossed the train tracks. I suffered some road rash on my right elbow, hip and ankle. I now would have a scar to match the one on my left hip from my fall a few years ago. A slightly deeper cut on my right eyebrow but it doesn't need stitches. Broke my sunglasses and I just happened to put them on minutes before the fall. If I had kept them in my pocket, they would be fine.

My bike had some scuff marks on the side of the handlebar and brake levers. But other than that, it is alright. Another girl fell too and her rear derailleur got totally dislocated. She had to take the train home. I could have probably continued cycling with the group but I chose the soft option of ringing Li-Ann to pick me up, I was only 20kms from home.

I'm recovering well and the wounds are starting to close. I even did a run this morning, with a decent pace too. Was planning for 26kms but only did 11km. Not sure whether it was psychological but I felt a bit faint after the 2nd lap around the neighbourhood so I decided to stop.

That makes two weekends without a long run as last week it rained most weekend. And this weekend without a long ride to add to that. But I try not to let these minor setbacks get to me. Tomorrow is a new day, which starts off a new week.

Kevin! Be careful out there buddy! Glad you were ultimately alright, that sounds like a rough spill

Thanks Mike! It sounds a lot worse than it actually is. I'm recovering well and can't wait to get straight into it